We live in an increasingly digital age. It is common to see toddlers playing with their parent’s phones or playing games on tablets and teenagers on their cell phones surfing or on social media for hours. Have you noticed that your child would rather engage with a screen than play with toys, play outdoors, or play with other children? We often hear, “It is just the times we live in” or “It is the only way I can get my child to occupy themselves”. With the increased stress, demands and work hours of modern-day parents, it is understandable how easy it is to use screen time as a pacifier. But, at what expense? What psychological and physical effects does extensive screen time really have?

According to Common Sense Media, nearly half of all children 8 and under have their own digital device and spend an average of 2.25 hours a day on digital screens (1.) The unfortunate consequences of this screen time showed that children who spent more than two hours per day on digital screens scored lower on thinking and language tests. In addition, children who watch too much television perform less well on reading tests, can show deficits with attention and self-regulation development, and show an increased risk for anxiety and depression (1., 2. 3.) Children that spent seven hours per day on digital screens actually experienced a thinning of the brain’s cortex which is responsible for critical thinking and reasoning skills (1.). For toddlers under the age of 3, too much screen time can affect overall development by inhibiting their ability to observe typical behavior of others and activity that is necessary to learn about the world and learn how to function in it. Study after study has shown that toddlers and children learn appropriate social skills, behavioral expectations, and language better by observing other children and adults in person, rather than on a screen.

Screen time before bedtime can also affect a children’s circadian rhythm and inhibit the production of melatonin which is the primary sleep hormone. Too much screen time has also been linked to childhood obesity.

Common Sense Media data shows that teens are spending nearly 7.5 hours a day on screens outside of screen time for schoolwork. Unfortunately, research shows that teens who spend an excessive time on screens were more likely to suffer from depression, aggression, have poor interpersonal skills, suffer from obesity and are more likely to become a victim of bullying (4.). In addition, as much as the internet has “connected” us, teens who have excessive screen time actually report increased feelings of loneliness. They observe others on social media and may feel left out. Plus, the more time they spend on their devices, the less time they are having face-to-face social interactions with their peers, adults, and family (5.)

Children and teens who spend too much time on screens have increased neck and back pain. We have all heard of “tech neck” or “text neck”. This is a REAL thing. We have been seeing many children and teenagers who are losing the natural curve in their neck due to tech/text neck. It can cause chronic headaches and migraines along with other neurological issues. It has also been shown to reduce cardiac and lung function long term which can negatively affect overall health. tech/text neck can also cause long term, life altering issues such as neck arthritis as an adult.

Although we are in a digital age and screen time is part of daily life, it is crucial to limit screen time and encourage play, interaction with friends, physical activity, and connection. In addition, teaching proper ergonomics when holding a phone or using a tablet can help with tech/text neck. Taking frequent breaks from technology and engaging in physical activity can also help with tech/text neck. The long-term benefits of placing limits and setting boundaries with our children and screen time will pay off in their long term cognitive, physical, and social development. 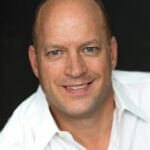